Good Earth’s galletti stand out from the crowd 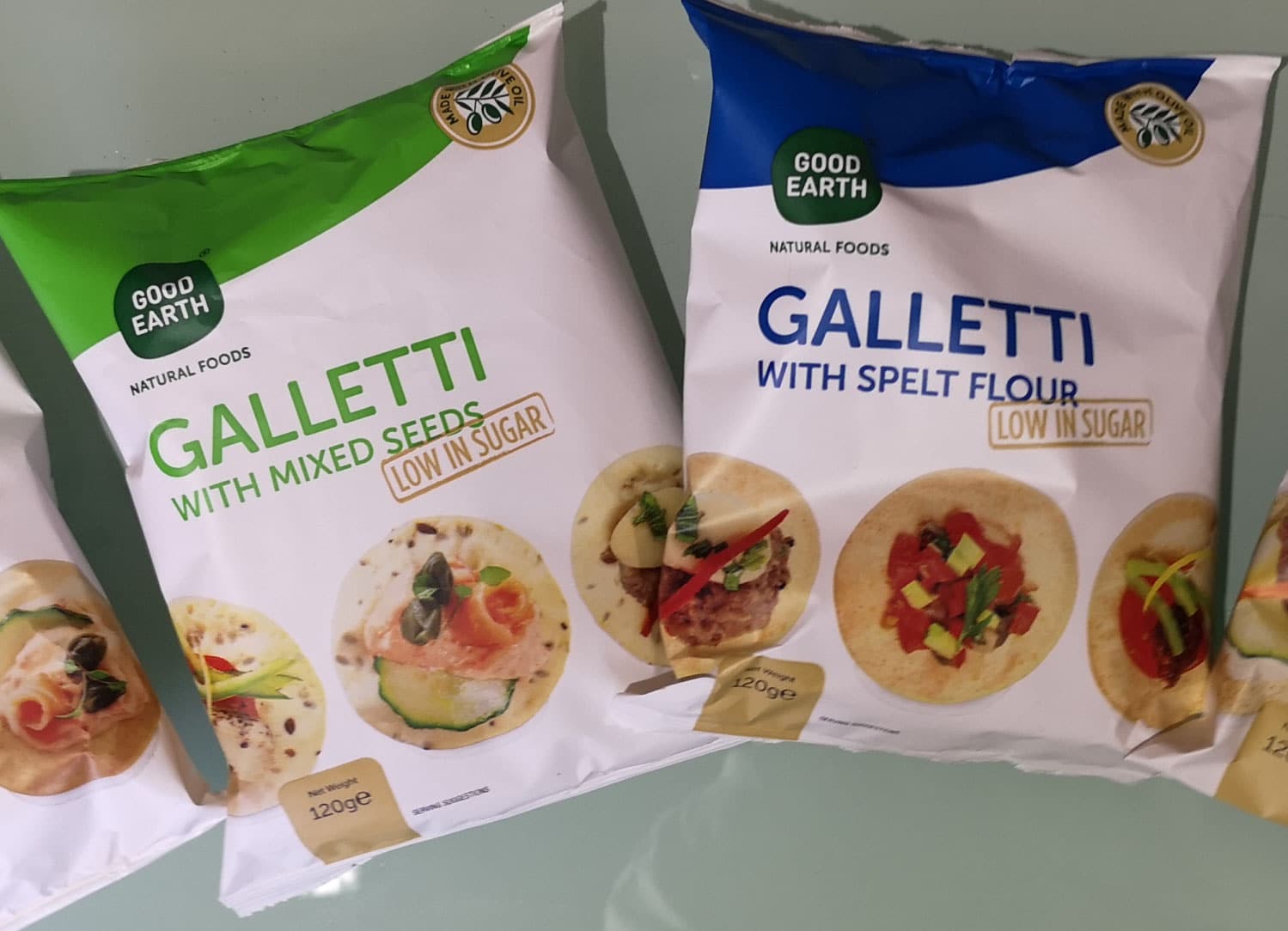 I guess if you could list a few of the things that are synonymous with Malta, galetti would be one of them. These round water biscuits are an integral part of our food heritage. It’s one of those products that you know is in virtually every house in Malta.

Good Earth’s range of Galletti stands out from the crowd for their ingredients. The Good Earth range comes in four varieties. The brown packet is made with wholemeal flour, the green with mixed seeds, the blue with spelt flour and the red with rye. This does not mean that they are not flour based galletti, yet it is a galletta with a twist having added ingredients.

The brown packet (with wholemeal flour) has 20% wholemeal flour and 7% wheat bran which makes it high in fibre (with 8.9 g per 100 g). This is quite high when compared to tradition galletti that would have between 2 g and 3 g fibre per 100 g.  In fact all the range has higher fibre values than this. Plus, the mixed seeds, the spelt flour and the rye galletti are all low in sugar.

I particularly like the mixed seeds galletti which has linseed (flax) and sesame seeds which are both known to be high in protein and iron. It also contains sunflower seeds which is rich in vitamins and minerals including Vitamin E. Another ingredient is chia seeds known as a good source of protein.

The blue packet, being the galletti with spelt is also an interesting product. This ancient grain is regaining popularity again thanks to the number of benefits associated with it from digestion to circulation to cholesterol. [1] Obviously as with the case of all traditional products, we have a ingrained perception of how a galletta should taste. Given this, I wasn’t sure what to expect with the addition of ingredients like spelt or mixed seeds. I must state that the result is pleasant. Whilst they keep the basic feel of galletti, the extra flavours give an added kick to the taste whilst still respecting the overall crunchy feel of a traditional water biscuit with the added benefit of being made from more nutritious ingredients.

Try them out with some bigilla or maybe with our suggested vegan dip combo of sweet potato hummus and a creamy mint avocado dip.