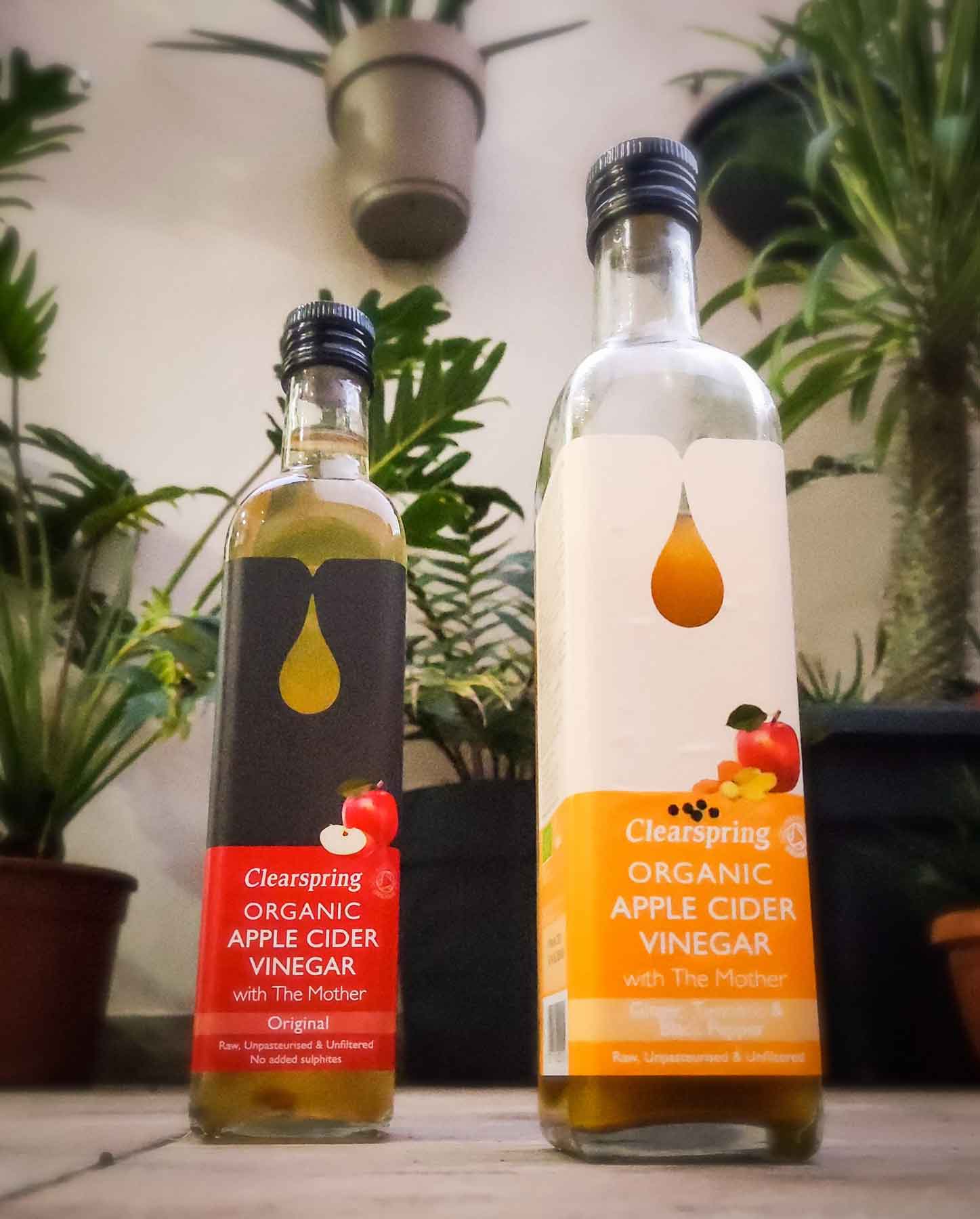 These days, more people are trying to improve their life by making healthier and more natural choices. That is why apple cider vinegar is gaining popularity pretty much anywhere there’s a conversation about health, food, and natural remedies.

Clearspring apple cider vinegar is made from cold pressed organic apple juice. One may notice that the bottle contains a cloudy substance that floats around. This is called the “Mother” and it forms because the Clearspring apple cider vinegar is naturally fermented, unpasteurised and unfiltered, hence creates a cloudy appearance and sediment. But there is no need to worry – it is safe to consume.

Apple cider vinegar (also known as ACV) contains magnesium, amino acids, antioxidants and other good stuff making it a nutritional powerhouse! It can help digestion, lower blood sugar levels, cholesterol and blood pressure. Aside from these health benefits, apple cider vinegar is low calorie and also reduces cravings by inducing satiety which means it is great for weight loss or for maintaining a healthy lifestyle.

Clearspring has a vast range of apple cider vinegar – aside from their original ACV, we at Veggy Malta also had the opportunity to taste the Clearspring ACV with added ginger, turmeric and black pepper (triple powerhouse!). The ingredients are minimal and simple – just apple cider vinegar, ginger, turmeric and black pepper, all organically grown with no sulphites added.

The addition of ginger, turmeric and black pepper increases anti-inflammatory benefits and may boost digestion. They give a nice warm and spicy kick when used for cooking, dressings, dips and sauces, without adding calories or extra salt! Moreover, you can also start your day right by drinking a tablespoon of Clearspring ACV diluted in water as a daily tonic. Drinking diluted ACV with water may need an acquired taste, as it’s quite spicy but considering the benefits, it’s worth a shot. It is important that you DO NOT consume more than two tablespoons of ACV when drinking it, and it must be diluted. Consumption of undiluted apple cider vinegar may cause swelling or burns inside the mouth and digestive problems.

Clearspring apple cider vinegars are now a new addition to our daily healthy habits, and we are already feeling the benefits: better digestion, less cravings – especially when consumed as a beverage first thing in the morning. If you find it hard to drink with water, you can also mix it in with some natural fruit juice to make it more palatable. With that said, apple cider vinegar won’t work miracles. It won’t have a major impact unless you’re making other steps towards your health. Moderation is always key.