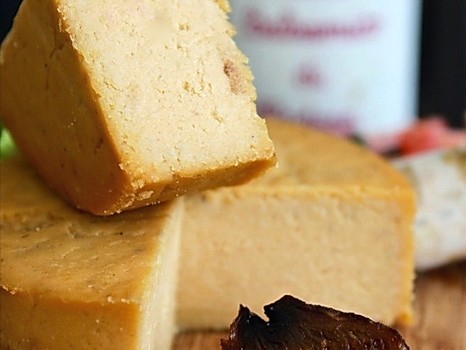 In every survey we do after Malta Meat Free Week, we ask the challenge participants the product they would find most difficult to let go. The answer is not meat, but year after year the answer is always cheese. The great news is is that the choice of plant based cheeses are rapidly increasing. So to help, we have listed the best vegan cheeses in Malta.

We have made a list for those looking for a vegan cheese in Malta, or a lactose free cheese. It is important to note that we didn’t list these 5 vegan cheeses in order of which is better.

The Sheese range, which has just been rebranded to a more colourful design. Apart from the colourful visuals, the Sheese range is probably the most extensive and diverse of all the imported vegan cheeses in Malta.

Along with these there are blocks and slices in Mozarella, Cheddar flavour, Greek Mediterranean Flavour and Gouda Flavour. Green Vie also have Parmesan Flavour Grated.

A local artisan plant based cheese alternative are Midas Fine Art Cheese. These are gourmet vegan cheeses made by Miriam Sorrell, author of Mouthwatering Vegan. You can order these plant based cheeses online. Most interesting are their Aged Vegan Gbejniet. You can also find other flavours like Mature Style Cheddar, Mature & Cultured Coffee & Walnut, Rich & Mature Coffee & Walnut Cheese and more.

Violife is a 100% vegan cheese alternative brand. The range includes slices, blocks, grated and Creamy spreads. The flavours are Epic Mature Cheddar flavour, with Herbs, with Tomato and Basil, Smoked flavour and Mozzarella flavour. Violife also has a Mediterranean style Grill me and a Prosociano Wedge which is a Parmesan alternative.