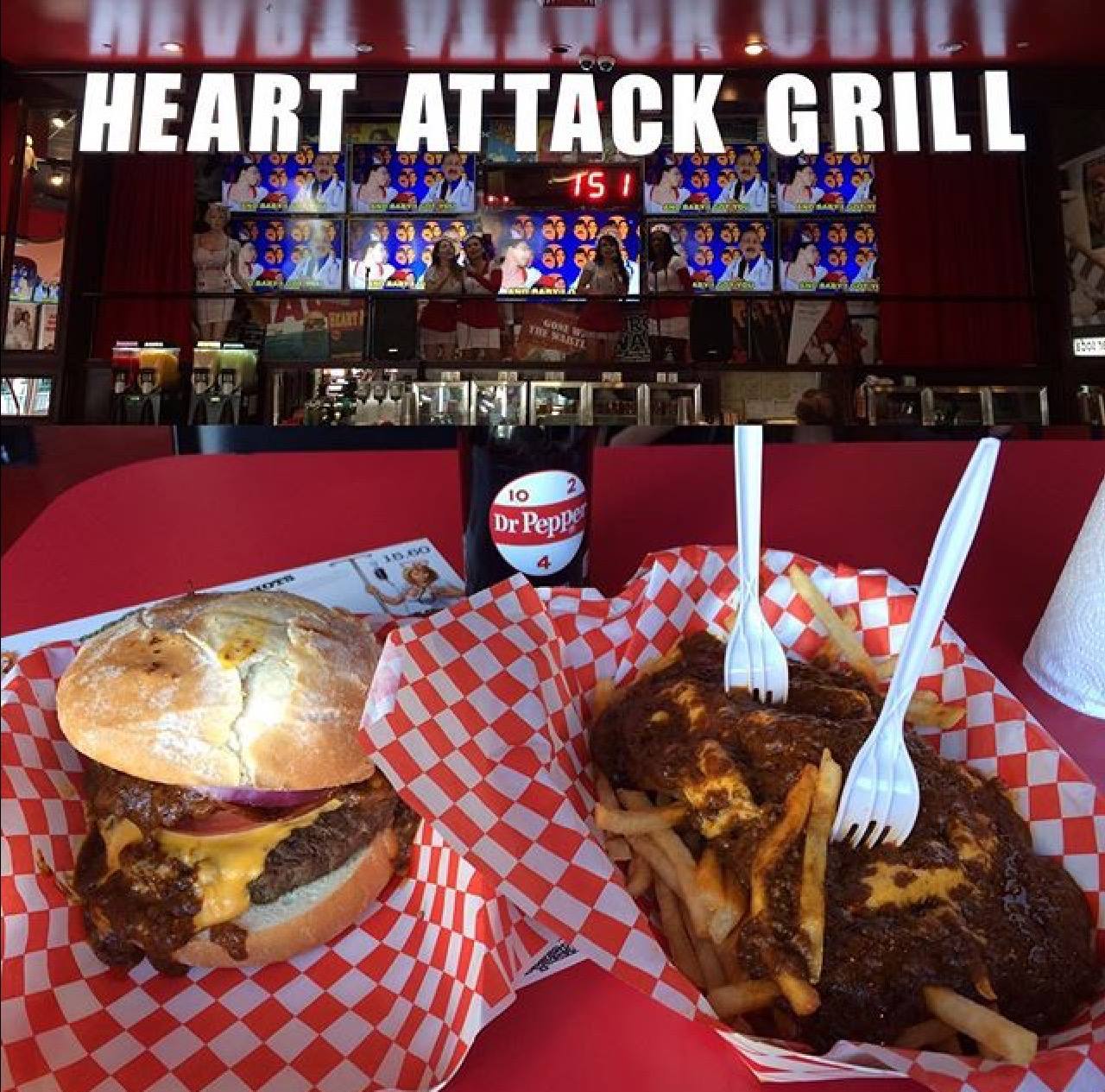 The Heart Attack Grill actually exists in Las Vegas. Well I guess everything is possible in the US but this takes things to the next level. Created by Dr Jon (fake doctor), the Heart Attack Grill offers burgers labelled as Double or Triple or Quadruple Bypass burger served by waitresses dressed as scantly clad nurses. In fact you can find meals that have 8000 calorie burgers and fries. So would you see a Hearth Attack Grill opening in Malta?

Interestingly Jon Basso (the founder) compares his restaurant to other fast food chains. In an interview he said “we all know that burgers and fries and Chicken McNuggets or anything else that corporate fast food chains can throw at you are absolutely horrible for your health, as is the food I serve. But I am probably the only restauranteur in the world unapologetically telling you my food is bad for you and will kill you and stay away from it!”

Now ironically there actually is a bit of truth there. How many local food chains and the growing number of fast food joints actually sell unhealthy artery clogging junk food and fail to tell their customers facts on what they are eating? Now that doesn’t justify Jon Basso, as he actually states he has blood on their hands, but how many other junk food and fast food outlets are doing the same? Just look on social media and see the photos from burger joints and more.

Back to the question, would you see a Heart Attack grill opening in Malta? Probably yes! We know that Malta has a serious problem with adult and even child obesity. Malta is essentially the fattest country in the European Union and a clear indication that the government’s strategy promoting a Mediterranean diet is totally failing. A quarter of the Maltese adult population (aged over 15 years) is obese. The Maltese are obsessed with having oversized portions. Malta would probably be a target country for the Heart Attack Grill.

The Health Authorities in their national strategy for Malta called “A Healthy Weight for Life” way back in 2012 said “The nation is facing an obesity epidemic which is estimated to cost €20 million annually in state medical expenses alone”. A more recent study by PWC states that the that adult obesity cost Malta €36 million in 2016 and even if the percentage remains the same (and doesn’t increase) the cost will continue to rise. Wouldn’t you think that it would be more cost effective to spend a few millions to solve the problem rather than hospitalise?

So 2020 has passed and we ask ourselves, did the strategy work? Malta is the fattest country in the European Union, so I guess that answers the question. Clearly there is a need to change track. By continuing to promote the Mediterranean diet as the only diet that works, the government is falling victim to the meat and dairy lobby. Meat and dairy are a key part of the problem. Whilst we might be living in the Mediterranean, we are not living the Mediterranean dream. We need to drastically decrease our meat and milk consumption and increase our intake of vegetables. In fact it is time to take bold steps and even introduce a meat tax and a sugar tax.

So whilst Dr Jon might not be opening a Heart Attack Grill in one of the many towers littering Paceville, the truth is that their local equivalents are here and the Maltese are getting fatter!