What are the benefits of a Plant-based diet? 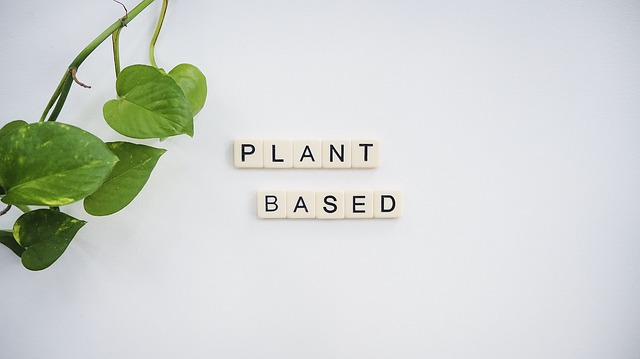 Over the years time and time again, doctors and dietitians recommend people to eat more plants and cut down on eating meat. but what is the actual scientific reason behind this?

Being a junior doctor and pharmacist i have dealt with a multitude of people suffering from the ill effects of bad diets resulting in obesity, high cholesterol, heart problems, and overall ill health and fitness level. the reason for this is that our western influenced diet is one that is centred around calories, sugar, burgers/sausages, and animal products[1].

Research has shown that eating a whole food plant-based diet helps to reduce the overall risk of diseases such as diabetes, stroke, cancer, and heart disease and keeps you look fitter and younger for longer. below I will list the benefits of going plant-based [2]:

Diabetes is an epidemic that is sweeping across western countries. around 442 million cases are present worldwide and is a problem mainly affecting the low-income countries. it’s even more common in people over >65 years of age and approximately 12-14% of the United States seems to have been affected. The problem of diabetes is that it creates a massive cost on the economy and increases the risks of heart attacks, amputations, renal disease, visual impairment, and institutionalisation.

Dietary choice is an important component in the aging and sedentary populations as the lower the mobility levels the less the body can breakdown the calories.

The Adventist Health study 2 took various eating groups and looked at the prevalence of type 2 diabetes in each dietary group. the rates of diabetes dropped drastically from semi-vegetarian (4.8%) to lacto-ovo-vegeterian (3.2%) to vegan (2.9%). showing that eating a vegan diet (which is based mostly on plants had the lowest overall rate of diabetes.

The reason for this reduction seems to be that vegiterian and vegan diets focus on food groups such as legumes, grains, greens and fruits and these foods reduce the risk of inulin resistance, while animal foods especially red meat consumption has been shown to increase insulin resistance and risk for diabetes. [3]

2. Plant based diets may help reduce the aging process

Consuming plant food might help reduce the effects of aging and promote longevity, the reason for this is that plant foods contain exclusively two important nutrients: fiber and phytonutrients.

The fiber, which can be found in various plant foods, provides powerful protection of the internal organs such as the gastrointestinal, cardiovascular, and immune systems, while the phytonutrients (like polyphenols), which consist of a vast class of thousands of compounds including glucosinolates, carotenoids, and flavonoids, work hand in hand to reduce inflammation and oxidation, providing protection from disease initiation and progression.

So how does this work??

Plant-based diets seem to be an easy way of calorie restriction that may positively impact a variety of metabolic pathways. When put under pharmacologic investigation the potential health benefits in humans were very positive. [4]

the reason why this is so interesting is that low-grade inflammation is a characteristic of aging. over time the background inflammation coupled with bad metabolic control causes damage to the body and makes it age faster. [5]

3. Reduce the overall risk of cancer

From research conducted on diet patterns and cancer risk, consumption of animal based foods had shown a relationship with increased risk of cancer.

“Campbell and colleagues found certain diseases (notably cancers of the colon, lung, breast, brain, leukemia, cardiovascular disease, and diabetes) were all associated with a diet of nutritional extravagance” [6]

This study showed that a relationship having a diet that rich in meat and animal products was associated with higher levels of blood cholesterol and blood urea nitrogen. on top of that, the risk seemed to be directly correlated to the intake of milk, meat, eggs, dietary fat, and animal protein whilst aslo showed to be inversely associated with dietary fiber and legumes.

On the contrary the higher the blood levels of vitamin C and beta carotene, antioxidants were and the higher the consumption of plant foods the lower were the rates of several cancers. [6]

Therefore looking at these studies the evidence clearly points out the benefits of eating a plant based diet. vegan and vegetarian diets have a clear advantage of western diets as they reduce overall mortality risk and keep you looking younger.