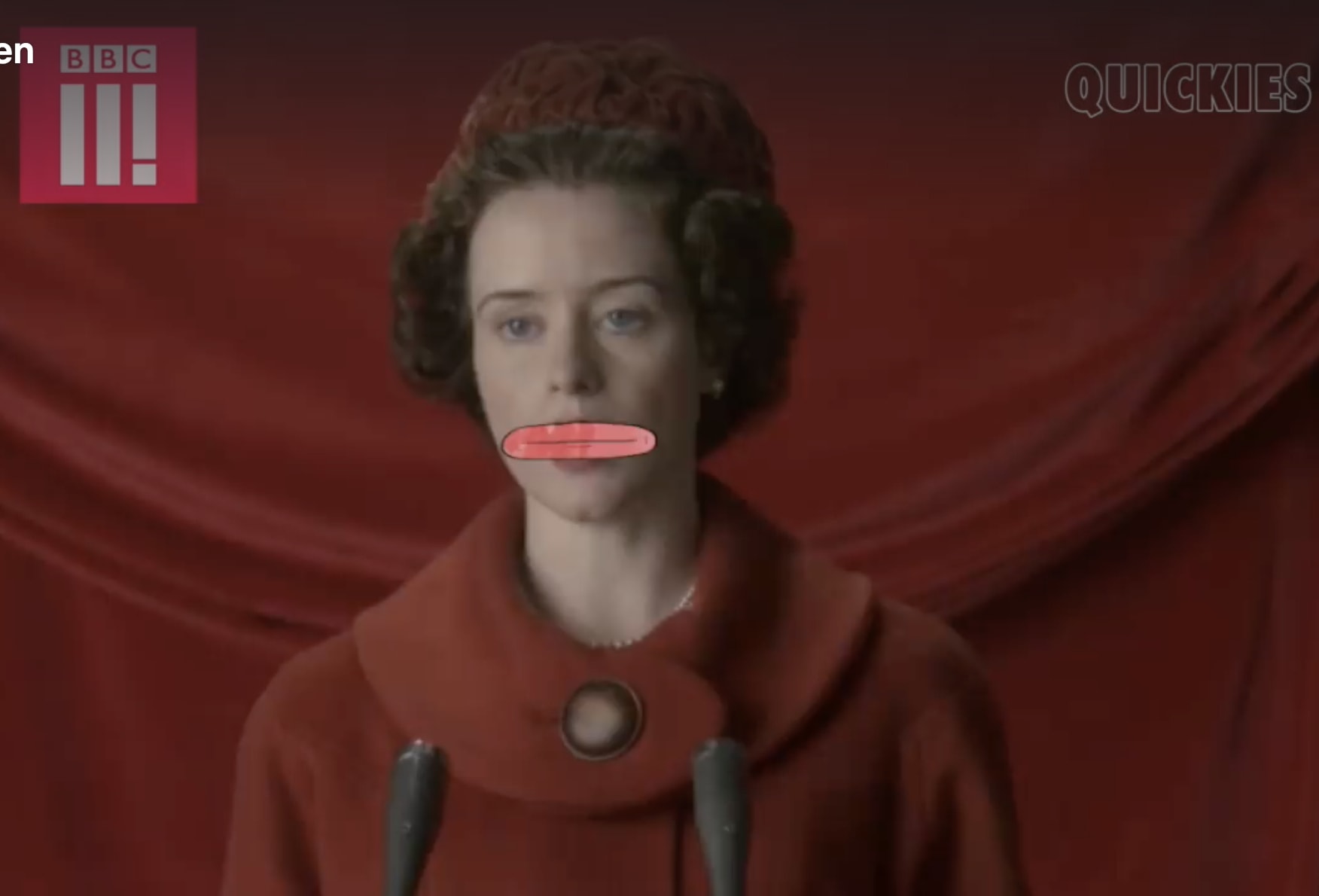 It has finally happened. The head of the British Royal family, Her Royal Highness Queen Elizabeth II has decided to go vegan. You can see it on this video shown on BBC Three.

Well actually it is a fictional video, made by BBC Three, using footage from the popular TV show The Crown. The video uses cartoon like superimposition on the Queen’s mouth and Prince Philip.  The video see Prince Philip saying “promise me that we won’t become those vegans who just talk about how great it is all the time and try to get people to do it too.” Whilst the Queen answers with a “Never”, the very next day she boasts about her going vegan!