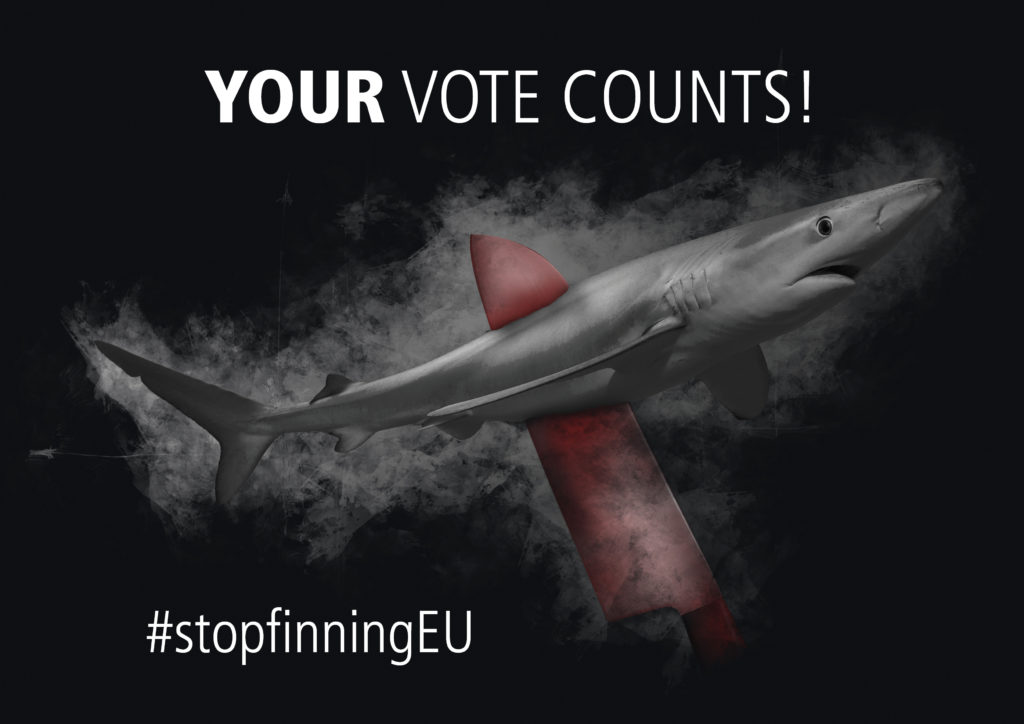 Veggy Malta is supporting the European Citizens’ Initiative to Stop Finning. Sharks are killed just for their fins which are cut whilst they are still alive and sold. The initiative wants the European union to end the trade of fins in the EU including the import, export and transit of fins other than if naturally attached to the animal’s body.

Apart from needing 1 million subscribers across Europe, their needs to be the minimum threshold in at least 7 countries. For Malta the threshold is 4,506 signatories. We aim to go above this number.

What most fishermen do when a shark is caught is to cut their fin and throw away the rest of the shark (alive) in the sea. In most cases sharks are consider “unwanted by-catch” of tuna, swordfish fishing. When the sharks are pulled up on board the boat, they are immediately mutilated. This is done by cutting the fin whilst being fully conscious. After that they are thrown overboard bleeding and unable to swim properly. They end up sinking to the seabed where they bleed to death or suffocate.

The current EU finning ban is among the weakest in the world with loopholes that seriously hamper enforcement. In theory EU finning regulation prohibits the removal of sharks fins at sea. In practice a derogation allows EU Member States to provide fishermen with special permits to ‘process’ sharks. This is the loophole for them to thereby remove fins on-board vessels.

Sharks have outlived the dinosaurs! But they will probably be killed in the current Anthropocene age where humankind is triggering the next mass extinction. Did you know that these majestic creatures even have a sixth sense. Thanks to their sixth sense they can detect the electric fields created when other animals contract their muscles. That’s why they can track down their prey so efficiently, making them exceptional hunters! Furthermore sharks can feel the Earth’s electromagnetic field, which allows them to swim across the oceans without getting lost.

Why are we supporting Stop Finning?

Why have we chosen to support this initiative? Veggy Malta’s mission is very clear:

We believe that food has a major impact on animals, the environment and our health. Clearly it is our priority to decrease this impact. In this case, shark finning ticks all these boxes.