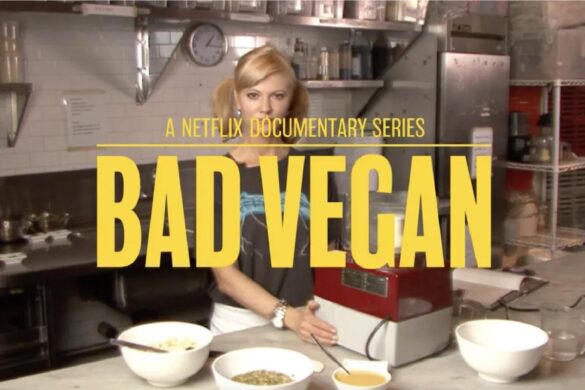 Have you heard of Netflix new series called Bad Vegan: Fame. Fraud. Fugitives? This four part series is based on the story of Sarma Melngailis, the disgraced queen of vegan cuisine turned fugitive on the run. The show brings interviews with former co-workers and close associates and relatives and even Melngailis.

The show title is purposely misleading with a click-bait title that thrives on our insatiable desire for gossip. As Live Kindly states “Bad Vegan sets the tone for one of the most common misconceptions about veganism: That people who abstain from consuming animal products are perfect. And it perpetuates the notion that vegans are smug and overly virtuous in their beliefs.”

The attack is subtle. It tries to undermine veganism by hinting that vegans who tell others that they don’t kill animals, that they save the environment and apparently acting so self-righteous, are in fact not so! Hence the title Bad Vegan.

The real story is that millions went missing. It’s not about one vegan who potentially went rogue. It’s about a person who went rogue. One vegan does not represent a whole community nor the whole lifestyle and it’s values. Shall we mention politicians, or religion and the clergy?

What many don’t grasp is that veganism isn’t about feeling smug or perfect! Veganism is a lifestyle that promotes positivity not negativity. It’s about making positive choices that reflect upon the planet, animals, other humans and yourself. The real question to ask is why does this annoy so many?