What if animals ruled the world and not us! 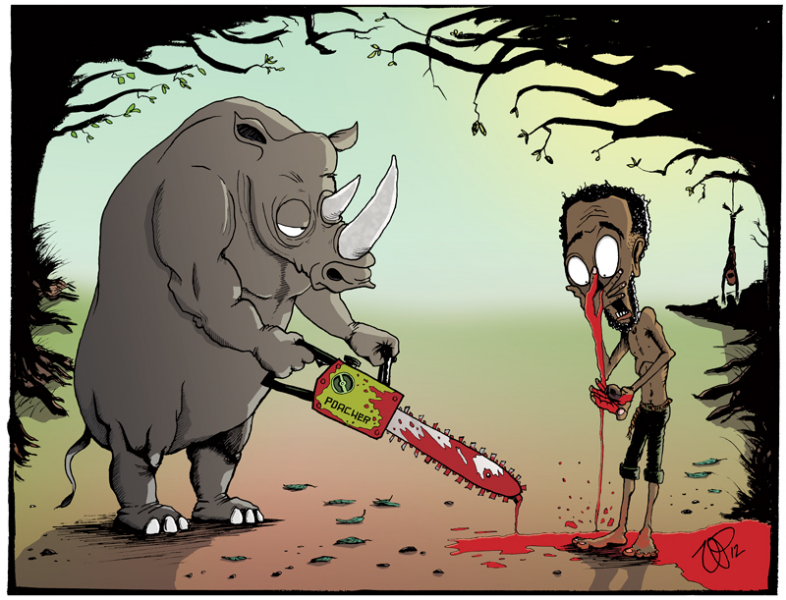 Have you ever imagined how the world would be if animals ruled it and not us? If things were the other way round and rather than us pushing animals around they did it to us. If rather than living in a world on the eve of the Holocene extinction otherwise referred to as the sixth mass extinction, caused by man, we lived in a world dominated by animals.

Have a look at these illustrations by Vin Paneccasio. Maybe these fictional and imaginary illustrations can trigger some to think.  I believe that they are provoking. When the roles are flipped around, it shows the picture in it’s starkness.  Feel free to share your thoughts. Revenge of the rhinos Revenge of the equine slaves Revenge of the dolphins When the animals ran the circus Well I think the world would be a better place if we all are vegetarians. Whilst some animals need to hunt to have food.. we humans don’t need to.

Ӏ like these cartoons, they give a different picture to how things could be. Hopefully people can reflect more on their actions and decisions when seeing these.
All the best

If animals ruled the world I will still want to have the life I have now: serving my cat after all he is and forever will be my king