Let us in the Abattoir 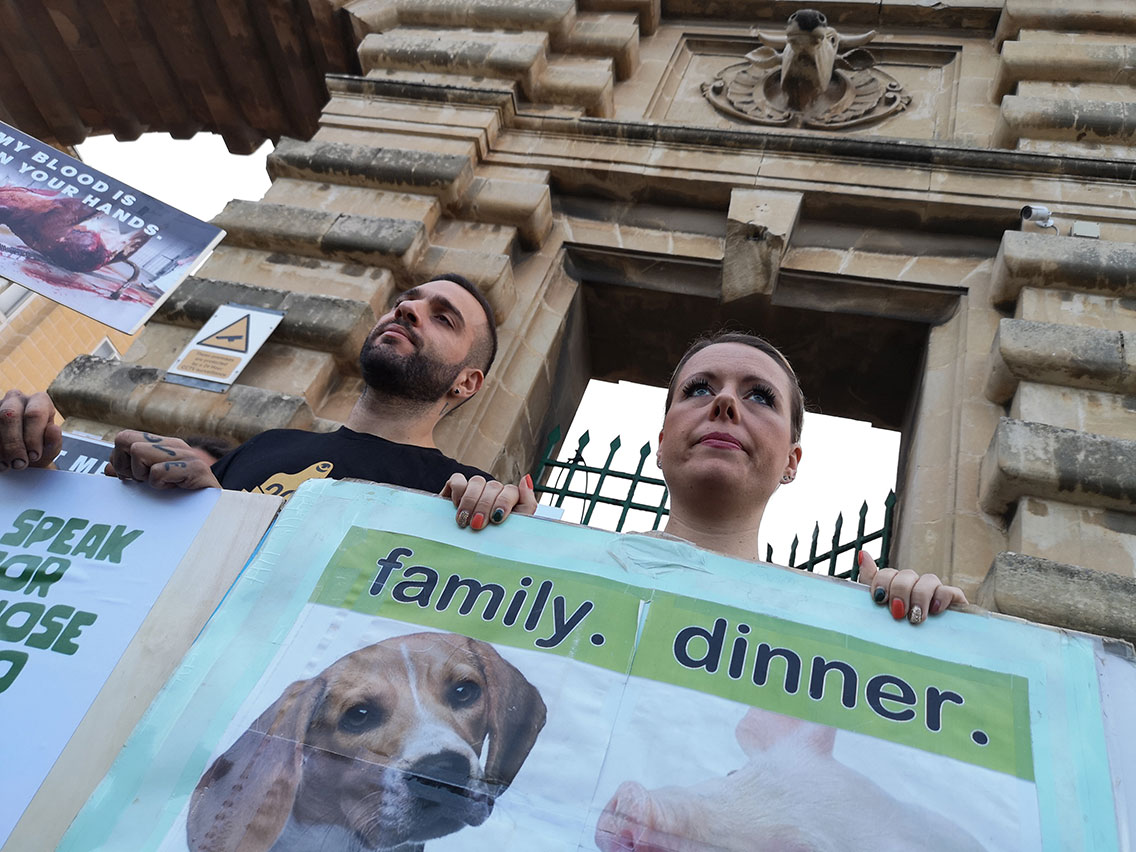 Animal Liberation Malta and VeggyMalta are campaigning to be allowed inside the Public abattoir to film the killing of animals. We want to be allowed in to show the blood. People need to see the blood. Children should be allowed to see the animals killed. Then if they want to choose to eat pieces of a killed animal it is their choice. Till now the authorities are denying us and the general public the possibility to see the killing. Who do they serve? The general public or the meat industry? Watch this video!