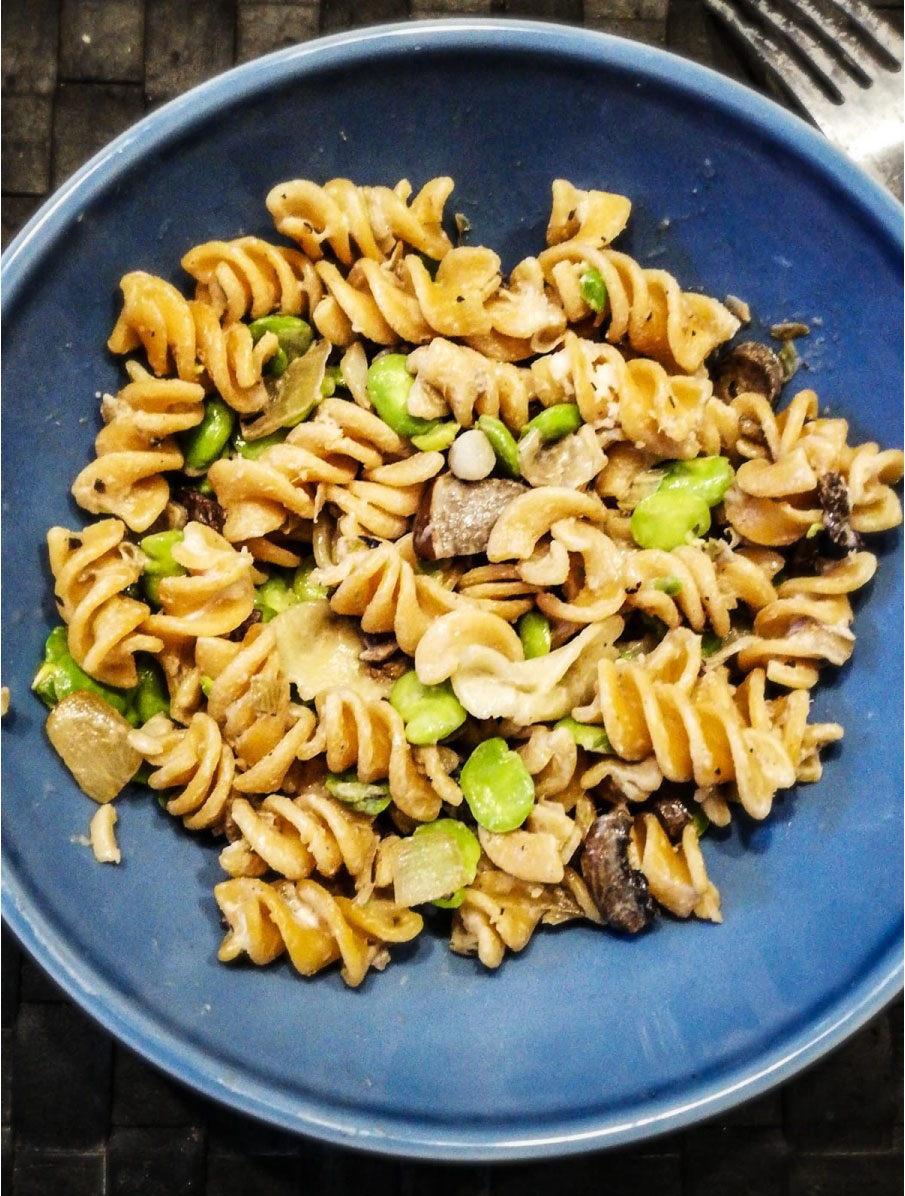 April is known for its fava bean (ful) season.

Such a vibrant and nutritious legume, can be used for several dishes like kusksu, or maybe eaten fresh alongside some traditional crusty Maltese sourdough with tomato paste (heaven).

This time, I used fava beans for a very tasty pasta dish. The only laborious part of this recipe is to peel the fava beans both from its pod and thicker outer layer. Trust me, don’t skip this step – it’s worth the time.

Even though this pasta dish is very simple, rest assure that its simplicity does not compromise the taste!! First time making these beans, it was yummy 😋

I am an 80 year old vegan. How’s that? I saw that you used parmeggiano cheese. Did you know that you can make this cheese in no time at all? Use ¾ cup cashew nuts raw 3 tbs nutritional yeast (from health shops or cake shops suppliers, ¼ tsp garlic powder, ¾ tsp salt. Toss all in high speed blender and get going depending how fine you need it. No more milk!
Here I mentioned cups cos that’s how I found it on the net but I prefer scales more accurate and less fidgety.