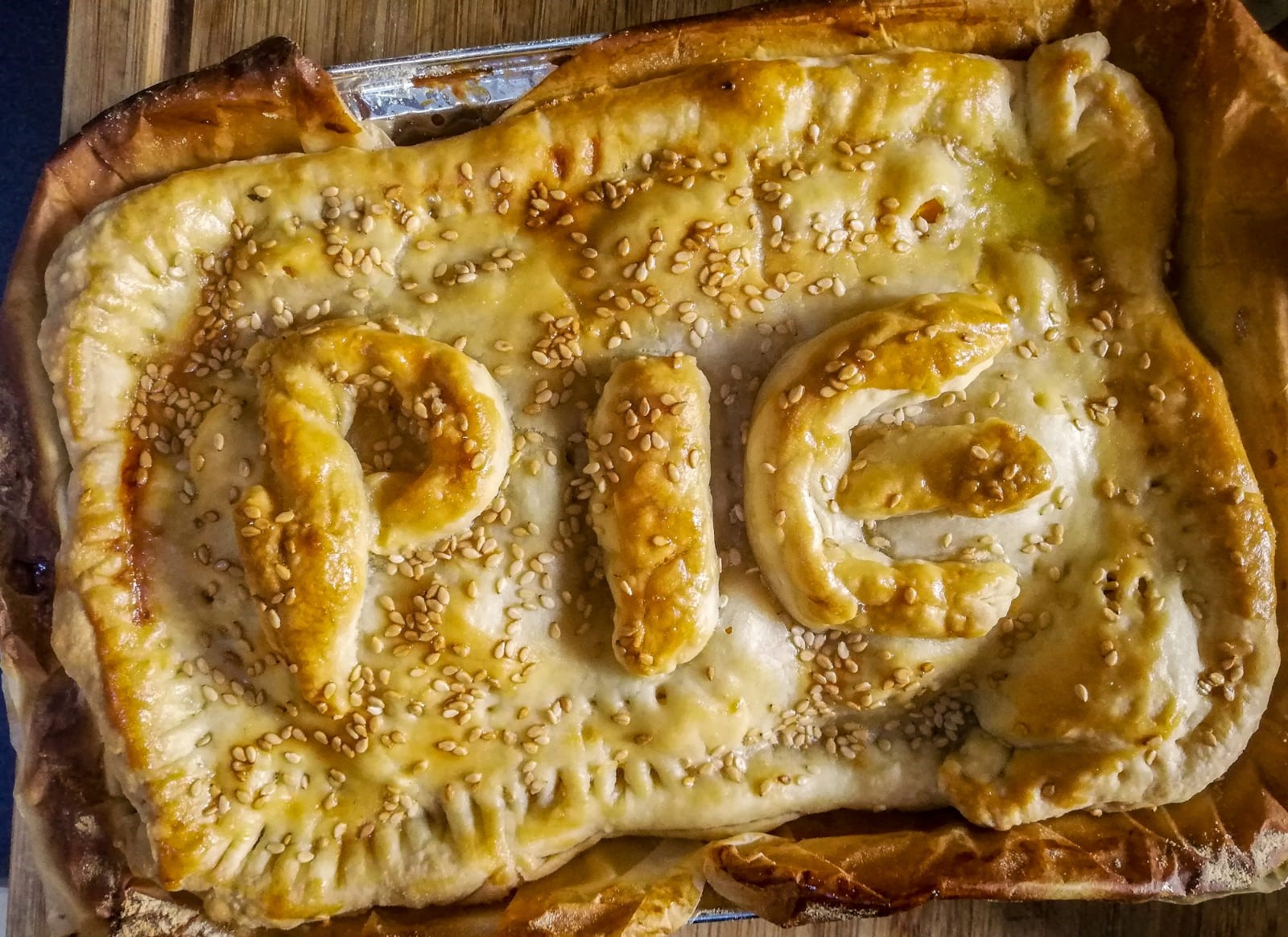 This is hands down my favourite pie to bake during colder seasons. It is hearty, but still nutritious as the filling is packed with vitamins and fiber.

This pie is very easy to make; however, the filling has to be made in advance the day before – as most of it will be prepared raw! Also, by preparing it a day earlier, all the flavours will merge together and the juices of the pumpkin will start to hydrate the rice and lentils. Don’t worry, it will be fully cooked by the time it’s out of the oven 🙂

Should you want to use any rice other than par-boiled, I advise you to boil the rice and leave it slightly undercooked before mixing it with the pumpkin mixture. This will not let the rice get a mushy texture.

Moreover, this pie freezes nicely – you can pre-portion it before freezing so you will find it super handy to reach for a portion to re-heat in no time!