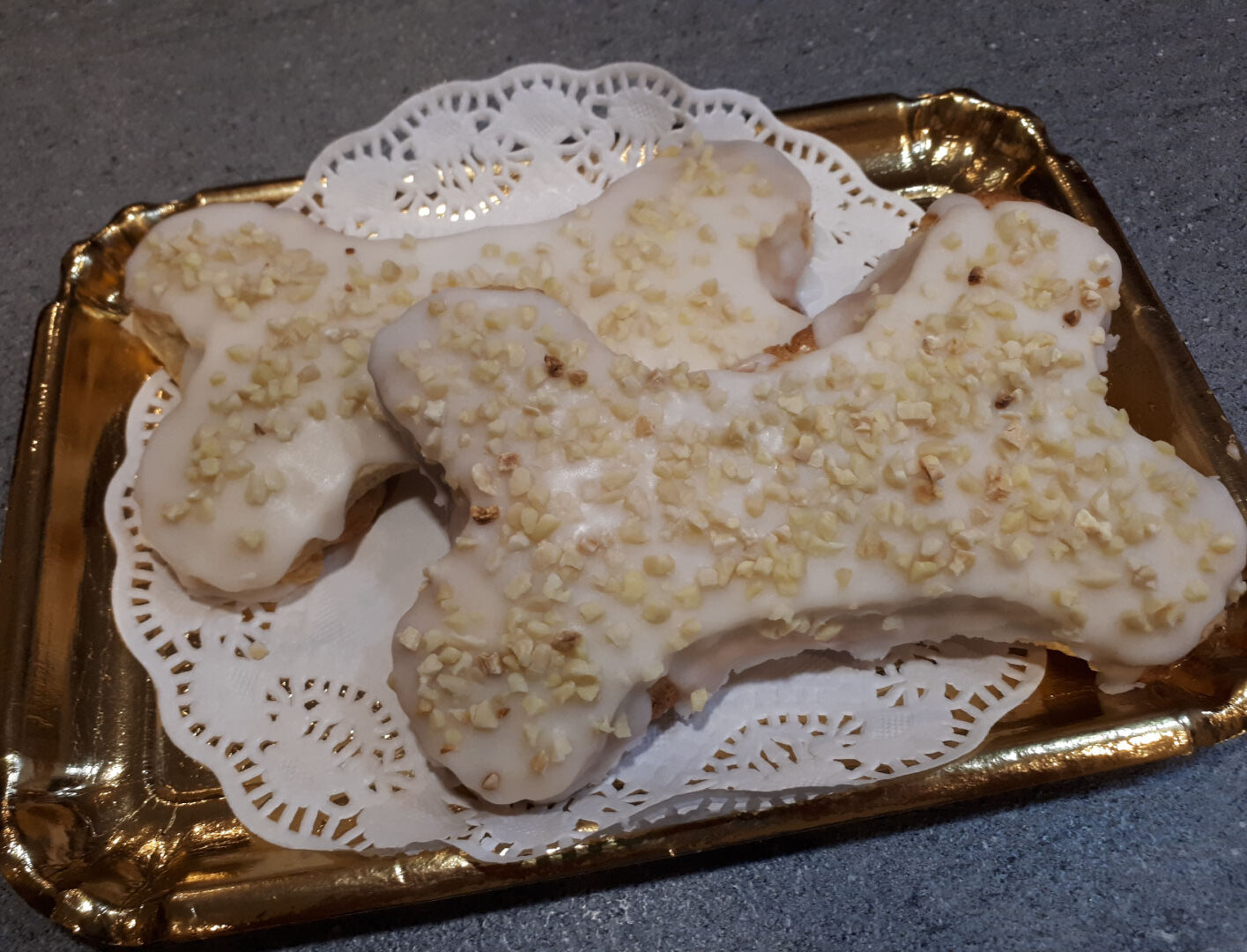 As the weather is now slowly getting cooler, I start to enjoy some more time in my kitchen. Baking is one thing I look forward to at this time of year. Come teatime in the afternoon ( in my case it’s actually coffee) I like to have a little treat to accompany my cup of coffee.

Last week I finally managed to bake a vegan version of a traditional pastry which is very popular in the month of November.

To make it easier I prepared a stencil for the shape out of baking paper.

I made the pastry using:

The filling only requires:

I cut the pastry using the stencil and put a layer of filling between each two. I just pinched the edges together to seal and baked in a preheated oven at 180C for about 30 minutes. After letting them cool down, I covered in a simple glace’ icing which I made using:

Incidentally, I later also used the same ingredients to make a bakewell tart which I had not eaten for a long time. I just added a layer of cherry jam before adding the filling to the tart.

I had been a vegetarian for more than 20 years and decided to go vegan a year ago , as I believe animals in the dairy and egg producing industry still suffer. I try to eat as healthily as I can with the least harm to the environment possible. I love cooking for others and hope that by eating my food they will realise that wholesome food is delicious and pleasing, and that nothing has to suffer or die for us to thrive.

Hi ! Can I ask how many “bones” you managed to make with these quantities, please ?